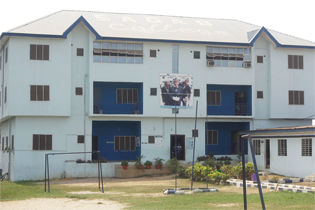 The actual plan commenced on the 5th of July, 2005 after the following had been successfully completed:
(a)     Name of the school selected
(b)     Colour of the school chosen
(c)     School logo designed
(d)     Location sorted out
(e)     Type of school concluded upon.

The first staff interview was held on the 25th of September, 2005 with six (6) people in attendance. From the six people, five (5) people were successful at the oral interview and were employed. However, two of them were dismissed after one month due to their inability to function effectively.

The second entrance examination was conducted on the 3rd of October, 2005. Four students were in attendance. All four (4) students were given admission. However, one of them transferred from another school where she had already done her JSS 1, therefore her admission was into JSS 2 as the only student for that class while the other three (3) joined the initial two (2) students in JSS 1 making a total of five (5) students in the JSS 1 CLASS.

The Location of the school at inception was plot 17, Abiodun Ogunleye Street, Solomade, Ikorodu. This was a rented apartment precisely an uncompleted storey building “what a humble beginning”. The school took this building on lease for 5 years and within 3 years of operation, the building was completed. Due to the desire for standard and academic excellence, the Proprietress got additional apartment close to the school to enable her put in place laboratories for practicals, a hall for examination and other special rooms. The school at the same time started acquiring landed properties to enable her build the kind of structure that will meet the desired need of the school as well as a conducive environment for learning. In no time, this desire was made possible because of the good relationship that existed between the school and the community.

Today, with the help of The Baba Adini, the Iga Solomade, Bawa Allah and other well meaning individuals in the community, the school has acquired a total of 12 plots in the community and have also built a befitting structure for learning in the site. This is just the beginning of greater development. The school is currently in her permanent site at Plot 40/46, Bolajoko Oruku Street, Off Odumbo Street, Solomade, Ikorodu.

The inauguration ceremony of the school was held on the 19th of December, 2005 with an approximate attendance of one hundred (100) people including the parents, staff members, students and prominent personalities in the community such as:

Visit From The Ministry

The school was first visited by some officers from the Ministry of Education on the 24th of February, 2006. This visit resulted in the commencement of the registration process of the school with the Ministry. The process began with the Name Search.

Subsequent visits were for Site Inspection which was on the 23rd of August, 2007, then the Approval Inspection visit on the 11th of January, 2008.

These visits were not very favourable as the school was operating in the storey building which was considered restructured and as such several adjustments had to be done to make it suitable for approval.

Other visits include verification visits on the 1st June, 2009 and 13th of July, 2009. After these visits, the school was considered for Special Permission to enable her present her first set of students for WASSCE. The letter dates 3rd September 2009. This led to the Full Scale Recognition Inspection JSCE/SSCE visit on 23rd of September 2009. The school was visited by a total of 30 officers from the Lagos State Ministry of Education, Inspectorate Department Alausa – Ikeja led by Mrs. O. O. Onadipe. The school was therefore approved to present students for the JSCE and the SSCE.

On the 27th of January 2010, the NECO team visited the school for accreditation. This was successful and the school was accredited to present students for NECO examinations.

The first JSCE was written by the school took place between 14th of April to 28th of April, 2007.

The WAEC body paid several visits to the school before finally approving the school to present candidates for her examinations. The 1st visit was by Mr. J. O. Oke and Mrs. A. M. Ogunbanke on the 4th of November, 2009.

At the 1st visit, the hall and the laboratories were said to be unsuitable for external examinations of such magnitude. A second visit was made to the school on the 14th of January by Mr. M. E. Okonkwo and Mrs.  A. M. Ogungbanke after the corrections were made. After the visit, an approval letter was sent to the school dated 27th January, 2010 asking the school to proceed with the process of registration.

The school presented her 1st set of students for the WASSCE in 2010 and the first paper was Food and Nutrition supervised by Nwoko T. M. C (Mrs.) on the 1st of April, 2010.

On the completion of the school structure in 2011, the school relocated from the rented apartment to her permanent site. This led to a verification visit on the 20th of July 2011.This was followed by an Approval Inspection visit on the 23rd of September, 2011. The school was then given Full Approval on 28th of June, 2012 by the Lagos State Government Ministry of Education with approval number MED/PESP/PS/003/945/257

The school has graduated a total of seven sets of students since inception and by the grace of God with very good results. The 2015 set was indeed outstanding which has earned the school good reputation. It is also worth mentioning that most of these students i.e. 90% of them are in highly reputable institutions of higher learning studying courses such as Medicine, Mechanical Engineering, Pharmacy, Law, Accounting, etc.

We are indeed grateful to God for His kindness.

During the 2015/2016 academic session, the school added the Nursery and Primary arm which is known as SAGAB MONTESSORI SCHOOL. The school had an easier start than the College as she had 43 pupils at inception and just at the resumption of the 2016/2017 session the Montessori population has increased to about one hundred and twenty (120) pupils. The building project for the Montessori is currently on going.

In conclusion, the College commemorated her 10th year anniversary with a week long events from Monday, 5th – Saturday 11th October, 2015 with programmes such as:

-        Visit to Lagos State Rehabilitation Centre, Owutu, Ikorodu where the students and the management of the school donated various gifts to the inmates and the disabled as well as shared fellowship with them.
-        Also the oldest member of the community by the name – Alhaji Alliu Shotomide (100 years of age) where the school is situated was visited by the school during the celebration.
-        There was also a career day where the students were dressed in the various professions in which they choose to become and different career experts were present to give lectures on their fields of specialisation, etc.

While thanking God for these milestones, we know we are not yet there. We trust God for better days ahead and greater achievements.